Before we begin our volatility deep dive, it’s key to make sure that we’re all on the same page and have the dictionary definition fresh on the brain.

Using the word “volatile” to describe a slot machine essentially refers to the level of risk associated with a specific game.

Although there are countless highly volatile slots out there, not all are created equally.

To cut things down to a bitesize amount, we’ve picked 10 of the top highly volatile slots to sift through and find your favorite.

So, in no particular order, let’s take a look at some of the very best slots to grace the web.

Similar to the aforementioned mobile marvel, wins are achieved when 5 or more symbols are connected vertically or horizontally, creating a cluster that burst before the above symbols fall to fill the gaps.

The Jars act as the wild in the slot and come with the potential to grow the multiplier when attached, sticking, and randomly moving to adjacent, vacant positions before the cascade continues.

The plot revolves around these multiplier wilds, giving the game it’s high volatility with an ability to grow at an alarming rate. It’s all or nothing and it’s all determined by the Jammin Jars. 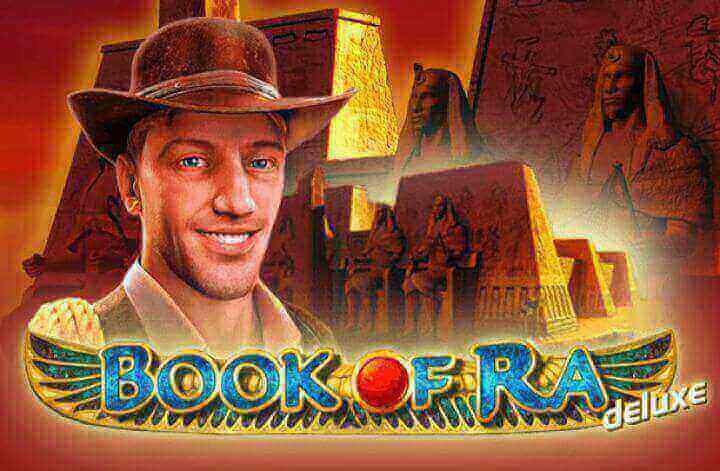 The Book of Ra (Deluxe) is next up on our list of the very best highly volatile slots coming with an incredible reputation tagging along from the Novomatic provider.

The Book Of Ra isn’t the first ancient Egyptian themed slot out there, far from it, but with incredible execution and a number of great bonus rounds, it’s a game that players keep on coming back to.

The high volatility comes from these bonus rounds alongside a number of incredible features found in the game. With the ability to earn a huge 200x the stake when yielding a win from the book (acting as both the wild and a scatter).

But it’s the free spins round that really earns its stripes with a special expanding symbol offering as large as a 5,000x total stake payout if the explorer symbol lands on all 5 reels. That’s what we call highly volatile. 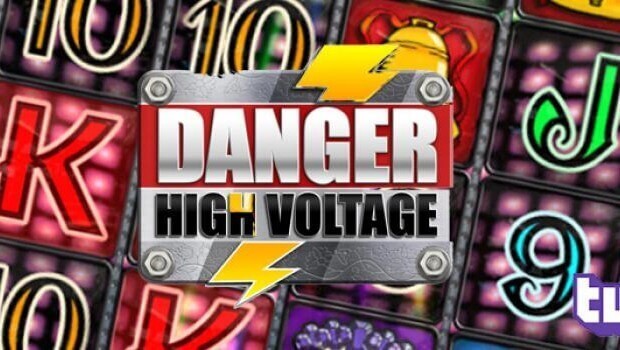 It’s a game full of surprises from the incredible graphics and sound design to the bonus rounds offering adrenaline-fuelled play.

For us, the highlight of the game is the big juicy disco ball, offering up to 10,800x your stake in the base game or, really highlighting the high volatility of the game, 15,746x the stake during the bonus game.

There are countless examples out there of players smashing prizes well above the 10k mark and, if you’re in the market for a big win, there are few places better to try your luck that Danger High Voltage. 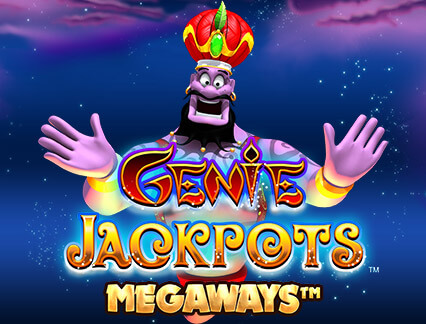 The first entry on the list from Blueprint Gaming, it’s Genie Jackpot Megaways.

With a theme loved by all and a collection of features making it difficult to find boredom, Genie Jackpot Megaways has it all.

There’s up to 15,625 different ways to win on every single spin, but don’t let that put you off – the volatility is still super high. Thanks to a series of fantastic bonus rounds including Wild Megaways, Genie Wilds, and Bonus Megaways, players can expect to see a return as much as 10,000x their stake.

If you manage to get yourself 3 wishes, bagging a big one of Genie Jackpot Megaways should definitely be number 1. 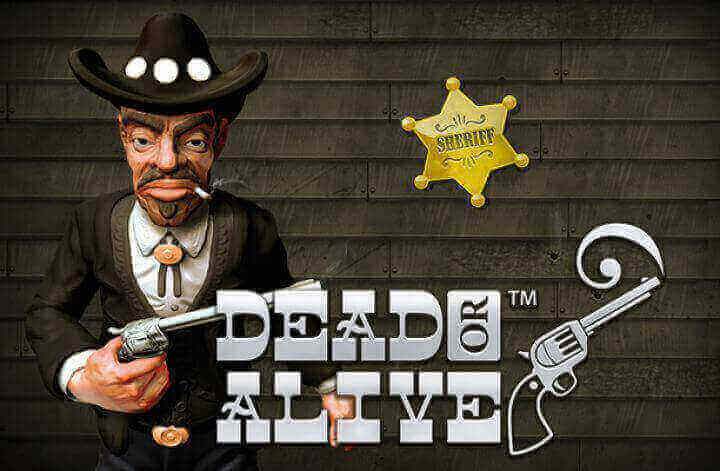 We love a western-themed game and with the classic Dead or Alive from NetEnt, there’s much more than just a couple of symbols to look forward to.

Released way back in 2009, Dead or Alive is still one of the most popular slots to date, a true testament to the quality of the game.

Unlike many other classic slots, it’s the high volatility that players fell in love with and still do to this day with the chance to win a staggering 12,000x the original stake. With a famed free spins round triggered with three or more scatter symbols, all hell breaks loose with double-payouts as an extra round perk.

However, collect the sticky wilds during the free spins and you’ve got the chance of a win of 333x your stake on each remaining spin.

No list of highly volatile slots is complete without the sequel to the previous fan favorite and, released in 2019, Dead Or Alive 2 took the iGaming world by storm.

With NetEnt offering an unprecedented max payout of a whopping 111,111x the original stake, Dead Or Alive 2 is one of the most volatile slots ever to grace the web.

With bonus features including Train Heist, Old Saloon, and the incredible High Noon, players are offered the chance to claim the largest win of any non-jackpot slot available today.

But the best part? It’s been known to payout and, if you do just a little bit of Googling, it’s not difficult to find $100k+ wins. An incredible game offering incredible bonuses. 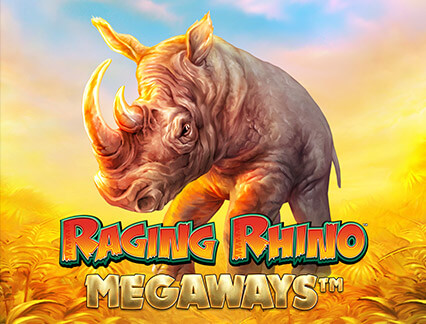 Having started out and built plenty of success as a traditional land-based slot, Raging Rhino Megaways from WMS is one of the most iconic slots in history.

The slot is notorious for it’s unforgiving and highly volatile nature but, with a maximum payout of 10,000x the original stake, when you do win, you’ve got the chance to win seriously big.

Features include a typical free spins feature, the iconic Raging Rhino Multiplier Wild, and a particularly interesting Bonus Guarantee ensuring players will never walk away empty-handed. For those seeing a free spin feature resulting in less than 10x, the Bonus Guarantee will bump that up the rest of the way, leading to bigger wins.

An online slot machine with the heart of a lion (or a rhino in this case).

Featuring a particularly creepy white rabbit, as the title of the slot may suggest, this highly volatile slot is one of the biggest from Big Time Gaming.

Features are packed neatly into the software with a pair of wild symbols offering countless multipliers, a free spin bonus round, and even Big Time Gaming’s Feature Drop option, allowing players to purchase the feature as opposed to waiting for 3 scatters.

All in all, with a maximum payout of 13,000x the original stake, White Rabbit is the highly volatile icing on the cake for an already successful slot provider. 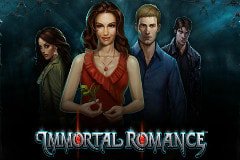 When it comes to Immortal Romance, it’s hard to know where to start.

A slot-turned-romance-novel, the Microgaming classic follows the story of Amber, Troy, Michael, and Sarah – each with their own bonus feature accessed through The Chamber of Spins.

It’s a bonus if you’re into vampires too – it’s kind of the main theme. 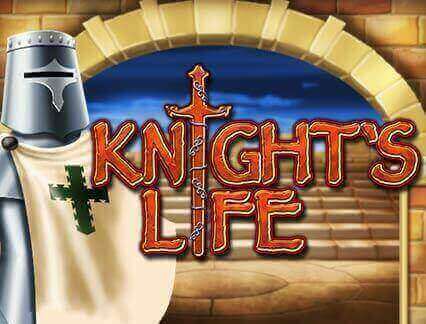 Last up on our list, offering the lowest of the maximum payout per spin of just 2,000x the original stake, it’s Knights Life coming out of Merkur.

Although the game may play like a mostly standard slot, once the free bonus round is triggered, things are taken up a notch.

With a handful of great features throughout the slot, as well as a great theme and game-feel to match, Knights Life is definitely one game for the bucket list.

As long as the casino has the slot machine you’re after it’s good enough, right? Wrong!

It’s especially important when you’re playing insanely volatile games that can likely payout 5 or 6 figures! Surely you’d want to be paid fast and not given a hard time by the casino, right?

The brands below are known for their reputation of putting the players first.

We can’t have an article covering highly volatile slots without at least mentioning the king of the volatility – Megaways slots.

If you’re unfamiliar, Megaways, created by Big Time Gaming in 2015 is a random reel modifier, allowing changes to the number of symbols that can appeal on each of the reels during a single spin.

To cut out the jargon and the confusion, this means that for every spin, a different number of symbols land of each reel, meaning there are tens of thousands of different ways to win. But it’s not the excitement of 6-figure different ways to win that have people flocking to the chat rooms, it’s the volatility that comes with it.

As Big Time Gaming likes to use Megaways alongside free spins, multipliers, and a range of other bonuses, the chance to win really big is offered.

It’s this excitement and chance of a lifechanging sum that has captured the imagination and sparked excitement for thousands of players.

How to view the volatility of a game

Unfortunately, when it comes to volatility, game engineers like to keep their information up their sleeves, keeping any kind of measure away from the public eye.

However, after playing through a slot for as little as 30 minutes, it’s easy to determine the kind of volatility that the game offers. If you’re sitting playing and are seeing plenty of small wins, chances are that you’ve found yourself a lowly volatile game.

However, if the opposite is true and it feels like you’ve not hit anything for a while, chances are that a big win is around the corner and you’ve found yourself an exciting, highly volatile game.

A highly volatile slot, a game with higher associated risk, are slots characterized with larger, fewer, and farther between wins.

When to play highly volatile slots

With the associated high risk, highly volatile slots are best suited to players with plenty of time and cash in their bankroll to spend.

There’s the potential for long dry-spells between big wins, so patience is key when playing these slots, and, with the taps for the action often seemingly blocked, that large bankroll is always helpful as a cushion when chasing down the biggest wins.

Although these slots may sound less exciting than the lowly volatile equivalent, any highly volatile slot player will tell you otherwise. There’s nothing that compares to hitting that 10,000x payout after a dry spell of spinning the reels and it’s this thrill that’s responsible for sucking so many people in.

If your bankroll has plenty of cushion and you like the sound of chasing the bigger jackpots, it’s the highly volatile slots that will prove the most exciting and yield the most enjoyment.

Patience is a virtue and, if you’re persistent, it may just pay dividends in the future.

”People who try to earn money from casino deposit bonuses always start out by playing medium or high volatility slots to push the volatility as much as possible. They’re looking for that one sizable hit that would let them move to a low volatility game and finish the wagering requirements.”

Lowly volatile slots make up the majority of traditional slots, such as those that would be seen on a typical casino floor.

When to play lowly volatile slots

With the associated low risk, lowly volatile slots are best suited to players with low attention spans and fewer funds in their bankroll.

The wins may come in faster, but they’re never quite as large as those found in highly volatile slots. With so many wins coming in, time seems to slip away, and, with a collection of fancy bonus rounds, mesmerizing graphics and excitement in play, they’re perfect for those looking to enjoy an hour or two of low-risk gaming.

However, the lowly volatile slots just aren’t quite as exciting and, if you’re looking for a rush out of your iGaming experience, it’s the highly volatile slots that sit head and shoulders above their counterpart.

”Low volatility slots are often played by casino bonus abusers after they’ve hit a big win in a medium to high volatility game. They then move to a low volatility game such as Starburst to finish the bonus wagering requirements.”

To wrap things up

There you have it, 10 of the very best highly volatile slots out there available to play today.

Give them a try, keep your patience and maybe, just maybe, you’ll be in with a chance of a lifechanging win.