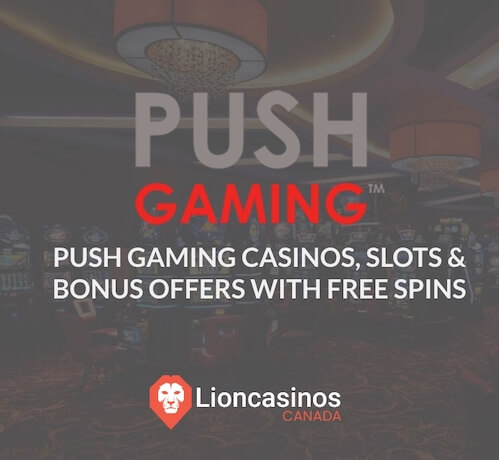 Push Gaming is the new name we’ve been waiting for. Even though the company has been operating for years now, their breakthrough just happened and left the entire Canadian casino community intrigued.

Relatively unknown until recently, Push Gaming pushed their way through the competition and managed to grow their list of casino partners, focusing on developing high-end mobile-optimized HTML5 games as well as integrating land-based machines into the online gambling market.

The London-based studio works hard to deliver stunning art through its products, as well as good performing engines across all devices. The interesting thing about the team behind Push Gaming is that it is a very young crew – not many seem to have yet left their 30s, let alone their 20s.

That’s why Push Gaming comes across as the embodiment of the future of the gaming industry. These guys aren’t inexperienced, mind you – they’ve previously worked for such companies as Amaya, NextGen, and Scientific Games. 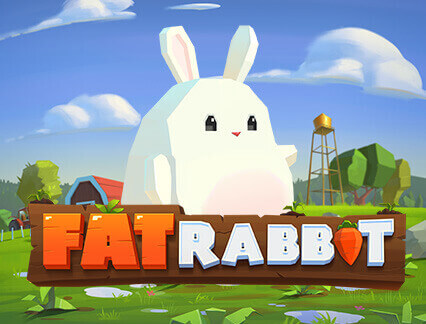 One of the highlights of the grand majority of Push Gaming’s slots is fabulous art. Usually, the characters are beautifully drawn, and evoke positive reactions from the player.

Moreover, the games provide an equally great experience on desktop and mobile devices. The developers have gone the extra mile and optimised some of the titles for playing in portrait mode. Also, some of the more notable video slots come complete with cluster pays instead of the regular paying lines.

Jammin’ Jars is a 2017 Push Gaming release with an arcade style and an original theme – mixing up some groovy jam. The slot plays out on an 8×8 grid and it requires groups of six or more matching fruits to issue payouts.

Jammin’ Jars benefits from a Wild symbol, a randomly occurring Rainbow Feature and a lucrative free spins bonus round. The RTP is high and the game comes with a lot of flair. It has become one of Push Gaming’s top releases, having won the ‘Best High Volatility Game’ award at the Videoslots awards.

Fat Rabbit is another video slot by this developer that serves as a demonstration of the team’s skill and creativity. By loading this fun game, you will spend a nice bright day at the farm and see the Fat Rabbit popping out and quickly picking carrots.

The graphics and crude but polished at the same time, and there’s a lot of the simple life you can see on the screen. The slot’s strong points are the Harvest Feature and a free spins round which can result in a 5×5 Wild symbol.

Dragon Sisters was the first video slot by Push Gaming that broke pattern and adopted the ‘portrait mode only’ policy. It includes two sets of reels in a 5×3 formation and gorgeous 3D graphics depicting the attractive fire vs. ice battle.

The sisters each go into battle with their dragons and they get caught up in re-spin bonuses – in the end, the player comes out winning!

Craving for more Push Gaming slots? Try out Tiki Tumble, Meet the Meerkats, Humpty Dumpty or Peter and the Lost Boys. One more thing – Push Gaming has progressive jackpots, too.

Push Gaming’s development studio started creating games in 2010. The company was founded by James Marshall and Winston Lee with an initial objective to adapt land-based games to the online market. In the meantime, the company has accomplished more than that and progressed further than anyone could have anticipated.

They have done it with 30-something employees and an insatiable drive to stand out from the crowd. Push Gaming has everything covered from management to freelance, thus shaping the final product according to the highest of standards in the aspects of art, audio design, structure and composition.

It wasn’t until 2013 that the company ultimately decided to change direction and try developing and releasing proprietary HTML5 game creations. The idea took, and soon the team started creating bespoke titles for internationally recognised gaming platforms. The company struck deals with multiplied established brands and about that time heads started turning for Push Gaming’s products.

The last couple of years have been particularly successful for the UK software studio, as they’ve released some hits and brought actual innovation onto the table. With games like Jammin Jars, Tiki Tumble and Fat Rabbit coming out in 2018, Push Gaming finally got some great feedback and support.

Push Gaming holds a license from the UK Gambling Commission and an Alderney Associate Supplier Certificate, and it also sports a seal of eCOGRA on its official website. Don’t expect insane quantity from Push Gaming, as the brand has around 25 titles to showcase at this point. The collection lacks table and live casino games, so it’s a little slot world you can look forward to.

It shouldn’t be hard to find Push Gaming’s slots at online casinos for Canadian players, but you should have in mind that the company does not have its own platform. Therefore, Quickfire or Playtech are your best bet to eventually land on a title created by the up-and-coming developer. All the games are HTML5-based, no downloads or special software is required.

Our Take on Push Gaming

After an in-depth analysis of Push Gaming’s work, it’s safe to say that these guys are worth keeping an eye on. They make their games having the mobile player in mind at all times, but that does not exclude the desktop gambler. In fact, the slots use the same controls and play the same on mobile as they do on a desktop.

Filled with special features, Push Gaming’s slots present masterful execution; from well-produced sounds and graphics and no breaks in continuity when transitioning from base game to bonus rounds and vice versa to interesting themes and clever additions – these are the factors that define this small, but remarkable collection.

Sure, there may be some things that are annoying to certain players, like the fact that the spin button doesn’t double as a stop button, but we won’t be so petty. The games tend to have high volatility, which is a bigger concern. Players with patience and a considerable bankroll are favored here.

On the whole, Push Gaming is a forward-thinking provider. They are riding a wave of success and they don’t seem to be slowing down.