End of 2017, a new member was born into the family run by MT SecureTrade Limited. Omnia Casino was created with the player in mind, determined to make their gaming experience as effortless as possible. Omnia’s welcoming website thus uses simple, easy to understand language and an intuitive interface which will make you feel at home on the very first visit.

Having searched high and low, the team has collected 500+ of the best RNG and live casino games, and eager to treat you „like a customer, not a number“, they will create plenty of personalised promotions in addition to the welcome package consisting of no-deposit spins and up to $600 in bonus funds.

Loyalty is rewarded with Omnia coins exchangeable for wager-free spins, vouchers from leading retailers and sought after merchandise. 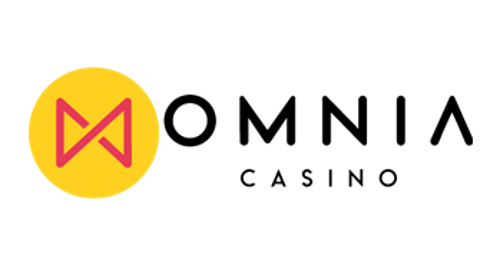 How We Rate Omnia

Omnia offers a top tier playing experience as we’d expect from a MT SecureTrade White Label. Definitely worth a try, at least for the 21 no deposit spins!

Omnia proposes Book Of Dead, Starburst, Moon Princess and Pirates Plenty as some of the „hot games in Canada“ but you can also look for titles worth playing among new ones or filter games by theme – Luxury, Medieval, Mythology, Pirates, Sci-fi and many more.

There’s also an option to display slots provided by one of the 35 developers among which NetEnt, Microgaming, NextGen, Play ‘n GO, SG, Lightning Box, IGT, BetSoft, Yggdrasil and so on. Use „Jackpot“ tab to quickly find titles with a continuously increasing top reward such as super-popular Mega Moolah, Major Millions and Hall Of Gods.

All RNG games support Demo play though you obviously won’t be able to earn real money without risking some of your own.

Omnia’s Live Casino is powered by the segment leader and that means you’ll get an amazing choice of games, variants and stakes.

The range of Live Baccarat games includes the usual standard and speedy options, Squeeze and Control Squeeze as well as a simple alternative known as Dragon Tiger.

Not many online casinos are willing to start gifting before one executes the first money transfer but that’s exactly what Omnia proposes to do. Open an account and the operator will immediately hand over 21 Free Spins to play Book Of Dead. The resulting winnings have to be wagered 30x prior to withdrawing.

Having taken advantage of the initial freebie, make the first deposit of at least $20 and you’ll receive a 200% match up to $50. Another 50% bonus up to $150 becomes available with the following deposit, and a 25% match up to $400 with the third. Both bonus and deposit must be played through 30 times and the maximum bet value is limited to $5 until you meet the rollover requirement.

Most video slots contribute 100%, classic slots 75%, RNG and Live Roulette 50%, and all other RNG table games and Live Casino games 10%.

In addition to all of the above, there’s also an opportunity to win as many as 100,000 Omnia coins redeemable for free bets and merchandise. Coins are earned by making real money wagers and stamps awarded to players that manage to collect one coin every day. The goal is to obtain 3 stamps within 7 days and get rewarded with 100-100,000 Omnia coins.

Omnia supports universally popular payment methods but also those favored by Canadian players. You will thus be able to deposit $10 or more via Visa, MasterCard, MuchBetter, Interac, InstaDebit, iDebit, ecoPayz or PaySafeCard. The Casino will accept payments in EUR, GBP, USD, SEK and NOK.

Deposits are instant and withdrawals processed within 24 hours. All transactions are free as far as Omnia is concerned. The website doesn’t specify maximum payout limits but, according to the helpful customer care advisor, lucky winners can collect up to $5,000 per week and no more than $20,000 per month.

Omnia is mobile so leaving your home is no reason to stop having fun. Any of the latest smartphones and tablets will make it possible to visit the Casino online using a web browser and players that own an iPhone, iPad or an Android phone can also download Omnia mobile app and enjoy an experience adapted to their particular device.

Is this a Legit Casino To Play at?

As already mentioned, Omnia is part of a reputable family managed by an experienced team with a good track record. MT SecureTrade portfolio includes sites you might have already visited so you’ll know exactly what to expect. Guts, Rizk, Cashmio and Dunder are all Omnia’s siblings that have managed to build an excellent reputation and a large community of loyal members.

The Casino is regulated by both the MGA and the UKGC and these guys don’t just hand out their licenses to whoever happens to ask. Each organisation has a lengthy list of strict conditions an operator has to meet and procedures they must implement in order to become (and remain) licensees.

We found a sentence which we like as it indicates responsible operator behaviour: „We always advise a customer not to cancel a pending withdrawal but if you need to do this just contact us on live chat and we’ll help you out“. There are too many online casinos that impose lengthy pending periods in the hope you’ll reconsider and decide to spend the winnings at their venue rather than withdraw, so it’s nice to see that Omnia hasn’t adopted this unsavory practice.

Safety is one of the primary concerns and not all Canadian gaming sites manage to dispel related doubts as well as this one.

Omnia walks the walk and delivers on each of its promises. Its website uses friendly tone and language everybody can understand, there’s evidence of honest, responsible behaviour all over the place, licenses are issued by two of the most highly regarded gaming authorities, and players are able to talk to a competent representative any time day or night.

All of the above creates a sense of security necessary to truly enjoy an exquisite gaming library built with the help of leading developers.