Betsoft is a slot developer with one of the best reputations in a highly competitive market. For many years, Betsoft has maintained a place at the forefront of the

iGaming revolution, thanks to the long list of consistently excellent slot games.

Not only famed for their exciting gameplay, but Betsoft is also known as a developer who produces excellent looking slots, with breathtaking graphics and animations, and often unique themes that break the norm, not leaning on the tropes that make up the concepts of the majority of slot games from many other developers.

Betsoft games are available at most online casinos, whether high profile brands or new names in the industry.

With an excellent reputation and a portfolio of games that have proven themselves as immensely popular with players for several years, there are few sites who don’t want to offer at least most, if not all of the Betsoft portfolio.

100
$2,000
$5
35xBD
200%
T&C Apply
One of The Best 200% Match Bonuses In The Business
Monthly Prize Draw With a Mercedes Benz Car Up For Grabs
Deposits & Withdrawals Via Interac Available
Claim Bonus
Read Review
* Bonus awarded as a package worth aa total of $2000 on the first 3 deposits. 1st Deposit qualifies for a 200% bonus up to $2000. Min. Dep. to qualify $20. Skrill & Neteller excluded from the bonus. T&Cs apply to all bonus offers. 18+ Only. Please Gamble Responsibly. BeGambleAware.org

100
$1,500
$5
30xBD
100%
T&C Apply
Generous 4 Step Deposit Bonus Package
iGaming Cloud Platform for a Smooth Gaming Experience
Lightning Fast Withdrawals (Interac & Instadebit Accepted)
Claim Bonus
Read Review
* The Luckydays welcome package consists of 3 deposit bonuses: 1st deposit gives you 100% up to $500, 2nd 100% up to $500 and 3rd 100% up to $500. All free spins offered on Book Of Dead. Deposits made from Neteller, Skrill, paysafecard and ecoPayz are excluded from this offer. 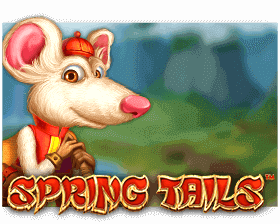 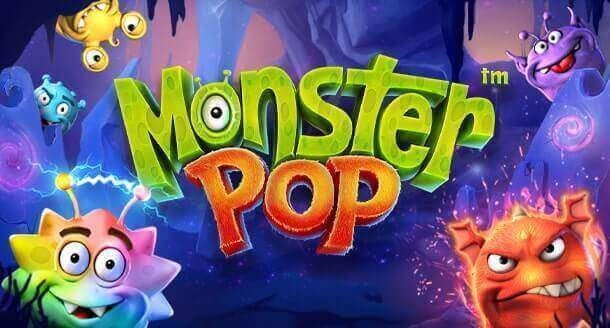 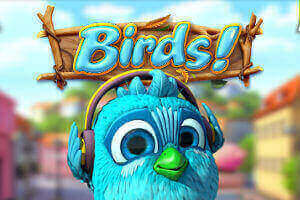 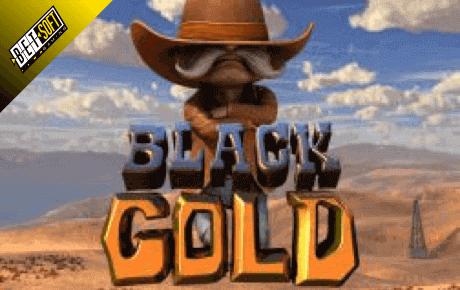 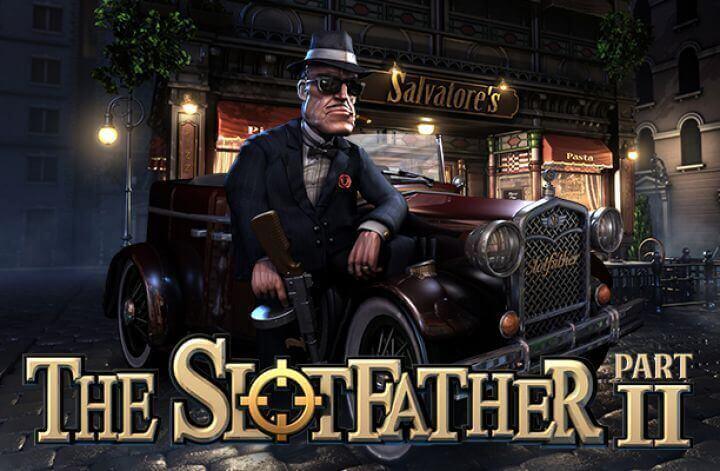 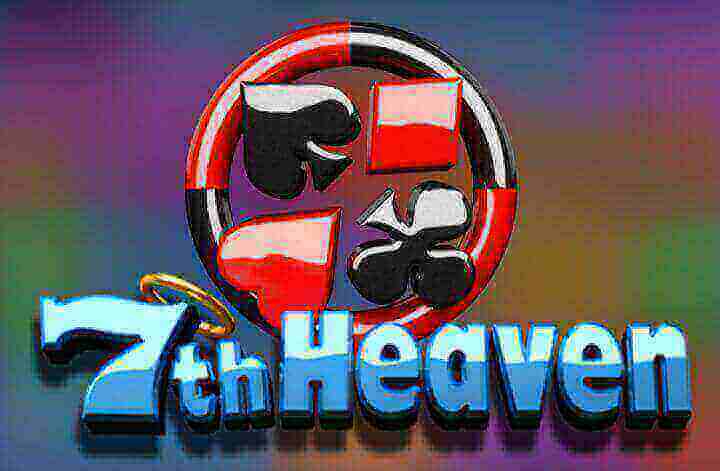 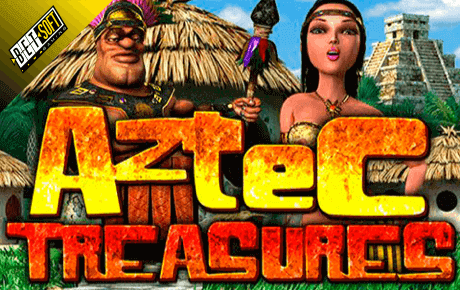 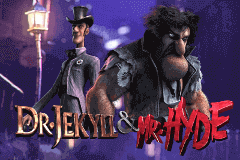 Birds! is a cute slot to start with, but despite having a simple and playful theme, this slot is far from basic.

The graphics and animations are amazing here, with birds on the reels flying away to be replaced by others on each ‘spin’.

This game benefits from a cluster system, meaning there are no traditional pay lines, instead, groups or lines of birds in vertical or horizontal directions will payout.

The free spins feature and cascading reels feature to ensure there are many ways to win here.

Not the first slot based on the Robert Louis Stevenson’s classic novel, but arguably the best, there are themed features here that really lend immersion to the gameplay.

The Frenzy Bonus is the Mr Hyde feature, and sees the monster stalk the streets of London for up to a 66x multiplier, while Dr Jekyll’s Potions Bonus sees the doctor create potions to try and stop the monster, for a 160x maximum win.

In case that wasn’t enough, there’s also a free spins bonus thrown in for good measure!

Frankenslot’s Monster is a Slots3 slot from Betsoft that is a lot of fun, taking a playful approach to Mary Shelly’s classic tale.

There is a traditional free spins feature here, as well as an exciting extra feature that sees you pull a lever to electrify the monster for a multiplier.

Paco and the Popping Peppers

One of the most fun slot names to say, Paco and the Popping Peppers is proof that Betsoft go all-in on the design and concepts of their slots.

While this Mexican themed slot is fairly silly in its graphics and animations, the thought has gone into the story. Paco and the Popping Peppers are a famous band who are returning to their hometown to add joy in the midst of a sea of despair.

With up to 30 pay lines, there is no free spins bonus, but a couple of fun and simple features. The Pop Multiplier occurs during the base game, and can add up to a 10x multiplier to a win, while the Hut Bonus is a card game where you’re given three lives and can land some nice wins.

The sequel to one of Betsoft’s most popular slot games, The Slotfather 2 is seen by many as even better than its excellent predecessor.

A five-reel slot with 243 ways to win, there is a mafia theme here (in case the title didn’t make the clear enough) and the design and graphics are absolutely stunning.

With an excellent soundtrack, surprisingly well-rounded characters (including Frankie Knuckles and Snake Eyes Sammy), and some exciting features, this is one of the best Betsoft games around.

Those features include a free spins feature where all wins are doubled, and the Gangster Bonus will matching gangsters will give cash prizes.

A big moment in the history of Betsoft games, released in 2013, The True Sheriff was the first Widescreen HD slot released by any developer.

This Wild West-themed slot offers 20 pay lines, and an exciting Showdown Bonus feature which sees the sheriff and an outlaw face-off, where a coin flip decides the winner.
There is also a free spins feature here which offers extra wins throughout.

It is the graphics that really stand out here though, a true step forward in the world of slots games, an immersive, epic, and beautiful looking game, that still feels progressive some six-plus years after its release!

Slots3, or Slots Cubed, was a huge step forward for Betsoft. This evolution is essentially the introduction of 3D slots to the Betsoft portfolio, but due to the care and intricate detail that is put into the design of slots from this developer, it feels like so much more than that.

The likes of Birds, Frankenslot’s Monster, and The True Sheriff mentioned above give just a slight understanding of the diverse range of graphics, animations, and themes that exist within the ever-growing (and already brimming) Slots3 selection.

The History of Betsoft

The position of Betsoft at or near the top of the pile when it comes to slot developers leads many to assume this is one of those companies that has been part of the market for decades, plying their trade in the land-based casino world and then moving into iGaming.

However, it surprises many to learn that Betsoft is actually substantially younger than most of its competitors, especially the bigger names in the industry, having being launched in 2006.

Betsoft hit the ground running, making an immediate impact with its exciting games, and over the last decade or so, the provider has created well over 100 slot games, and been responsible for multiple technological evolutions in the slot industry.

Betsoft games can have an immersive nature that is more on par with a video game than slots from other developers, and that has ensured this developer has a large, loyal, and excitable fanbase.

In 2010, Betsoft released their first Slots3 3D slot (more on those later) and followed that a year later with their first ToGo game, which saw their first forays into the then blossoming mobile market.

Fast forward to now, and Betsoft is one of the most popular providers with mobile and tablet casino players.

Our Take on Betsoft

Betsoft is seen by many as one of, if not the very best software developer around, and it is not hard to see why.

With unique concepts, exciting gameplay, and stunning designs, slots from this developer feel like an entirely different experience to anything else you’ll find in the online environment.

The Slots3 addition was a big step forward, and the introduction of Widescreen technology also brought a whole new level to Betsoft’s games, and the developer isn’t likely to be done there.

We are all looking forward to seeing what the next big evolution is for Betsoft because based on their form, it’s likely to be another excellent addition to the world of slot games!