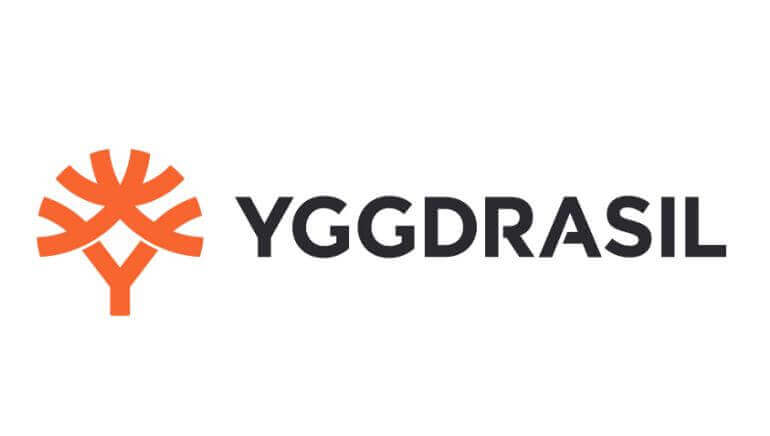 Yggdrasil arrived on the iGaming market at a time when it felt to most like the leaders of the pack had already carved out their place, with nothing but the middle of the pack for new names to aspire to.

However, Yggdrasil quickly flipped the script, making an immediate impact, picking up a stack of awards, and putting the big guns of the industry on notice that there is a new name in town, and they’re here to compete!

Yggdrasil’s slot games are characterized by unique and often kooky themes, stunning and original designs, and innovative gameplay mechanics, ensuring this developer caught the attention of players and critics alike as soon as they arrived on the market.

While the name of this futuristic themed slot may seem like it’s trying to capitalize on as many popular movies as possible, the game has a lot to offer beyond a recognizable name.

A very unique approach to a slot, there are no reels here, instead, there are three individual wheels, with six sections aligning, three symbols in a section will payout.

A Multiplier Wheel feature and a more traditional Free Spins feature offer good excitement levels, but to be honest, the originality of the design here is enough to keep players interested for a good while.

Yggdrasil enjoys a dark theme, and they are very, very good at bringing them to life. That is perhaps never truer than it is in Baron Samedi, a Voodoo themed slot full of striking design touches and dark, beautiful characters.

The soundtrack brings the slot to life perfectly, while two bonus features offer the chance at nice wins.

The Voodoo Respin feature offers super stacked symbols, mystery symbols, and more during respins, while the Free Spins feature doesn’t only offer up to 15 spins, but also up to 1,000x your stake just for triggering it!

Arguably the furthest thing away from Baron Samedi as it’s possible to get, Chibeasties is a slot based around cute little creatures and is one of the most volatile slots in the Yggdrasil collection.

Enter the enchanted forest, which, again, has a stunning design, and you’ll find yourself amongst the Chibeasties with a magical feeling soundtrack providing the backdrop.

The free spins feature here can trigger up to 40 free spins, with one symbol expanding to fill a whole reel. With the ability for the wild to become the expanding symbol, and ultimately feature on multiple reels, there are some huge wins available here.

One of a few progressive jackpot slots in the Yggdrasil collection, Joker Millions has made a few millionaires already and is likely to make many more.

As with most progressives, the gameplay is fairly simple here, with a Freeze and Respin feature in the base game ensuring some excitement maintains throughout.

Multipliers are also present, and the game looks great, but Joker Millions is all about the chance to win a life-changing sum of money.

Yggdrasil developed this title together with Rabcat Gaming, and the result is a truly exquisite slot game.

Based on the famed inventor, scientist, and creator of modern electricity, this slot has a sinister tone to it, and some of the most eye-catching and breathtaking graphics you will find in a slot game.

Bonus spins are given in the base game along with various modifiers including symbols turning wild, while the Free Spins feature offers chances for big wins as paylines become both left to right and right to left during this feature.

They went Wild, then they went Berzerk, then they went to Hell. The trilogy of Viking theme games from Yggdrasil are deserving of individual mention, due to their impact as much as their quality.

If you could pinpoint the moment (or moments) that Yggdrasil took their place as one of the kings of the online casino movement, it would undoubtedly be on the release of each of this trilogy of slots.

The first, Vikings Go Wild set the groundwork for everything Yggdrasil would become, exciting gameplay, excellent features, and a unique and playful look that brought intensity and fun in equal measure.

The next step, Vikings Go Berzerk, took those concepts and expanded on them all, with the final instalment, Vikings Go to Hell, being the perfect feather in the cap of a series that every iGaming fan should take the time to play.

Yggdrasil games may not yet be as ubiquitous in the iGaming world as the likes of NetEnt or Playtech, but they are catching up fast.

Not every big-name online casino offers Yggdrasil games yet, but most of them do, and the more awards and accolades the developer gains, the more that list is likely to grow.

That being said, it certainly isn’t hard to find Yggdrasil games, with many of the very best online casinos around offering the full portfolio of Yggdrasil games.

200%
200%
$2,000
T&C Apply
100
One of The Best 200% Match Bonuses In The Business
Monthly Prize Draw With a Mercedes Benz Car Up For Grabs
Deposits & Withdrawals Via Interac Available
Claim Bonus
Read Review
* Bonus awarded as a package worth aa total of $2000 on the first 3 deposits. 1st Deposit qualifies for a 200% bonus up to $2000. Min. Dep. to qualify $20. Skrill & Neteller excluded from the bonus. T&Cs apply to all bonus offers. 18+ Only. Please Gamble Responsibly. BeGambleAware.org

100%
100%
$1,000
T&C Apply
200
Slotnite available in French & English
Interac & Instadebit Deposits
The Loyalty Rewards are Credited as Bonus Cash WIth a 35x Wager
Claim Bonus
Read Review
* Bonus awarded as a package on the first 3 deposits. 1st Deposit qualifies for a 100% bonus up to $250. Min. Dep. to qualify $20. Skrill & Neteller excluded from the bonus. Free spins on Gonzo's Quest, Starburst and Twin Spin. T&Cs apply to all bonus offers. 18+ Only. Please Gamble Responsibly. BeGambleAware.org

100%
100%
$1,500
T&C Apply
100
Generous 4 Step Deposit Bonus Package
iGaming Cloud Platform for a Smooth Gaming Experience
Lightning Fast Withdrawals (Interac & Instadebit Accepted)
Claim Bonus
Read Review
* The Luckydays welcome package consists of 3 deposit bonuses: 1st deposit gives you 100% up to $500, 2nd 100% up to $500 and 3rd 100% up to $500. All free spins offered on Book Of Dead. Deposits made from Neteller, Skrill, paysafecard and ecoPayz are excluded from this offer.

The History of Yggdrasil

This Malta-based company has only been part of the iGaming world for six years (at the time of writing) having launched back in 2013, which is frankly ridiculous when you consider the position the developer now has.

From the outset, it was clear that Yggdrasil were bringing something different, and their Rising Star of the Year award at the EGR B2B Awards was quickly followed by consecutive Slot Provider of the Year honors at the same ceremony in 2016 and 2017.

With various other awards, including multiple Innovator of the Year gongs at the International Gaming Awards (IGAs), Yggdrasil started out on fire, and they have only gone from strength to strength since then.

In the present day, Yggdrasil is a name that is often in the same breath as the likes of Microgaming and NetEnt, giants of the industry with decades of experience.

This upstart developer was never going to wait in line, and Yggdrasil has swiftly proven itself as capable of keeping up and even staying in front of the pace of this fast-moving industry.

Our Take on Yggdrasil

It’s weird to the thing that Yggdrasil is still a child compared to many of its competitors in the online casino industry, but this child can stand tall against the best of them, and they continue to prove that with every new release.

With a strong number of excellent games to their name by this point, any doubts about Yggdrasil being a flash in the pan have been long quashed, and now a new release from this developer immediately has eyes on it from players and critics alike.

Yggdrasil is likely to continue to go from strength to strength on its path towards world domination, and it would take a brave person to bet against them accomplishing that.

Constantly innovating, and continuously releasing slots that are like nothing we’ve ever seen before, it is no exaggeration to say that the arrival of Yggdrasil changed the game, and the developer looks intent, and more than capable, of continuing to change it for a long while to come!